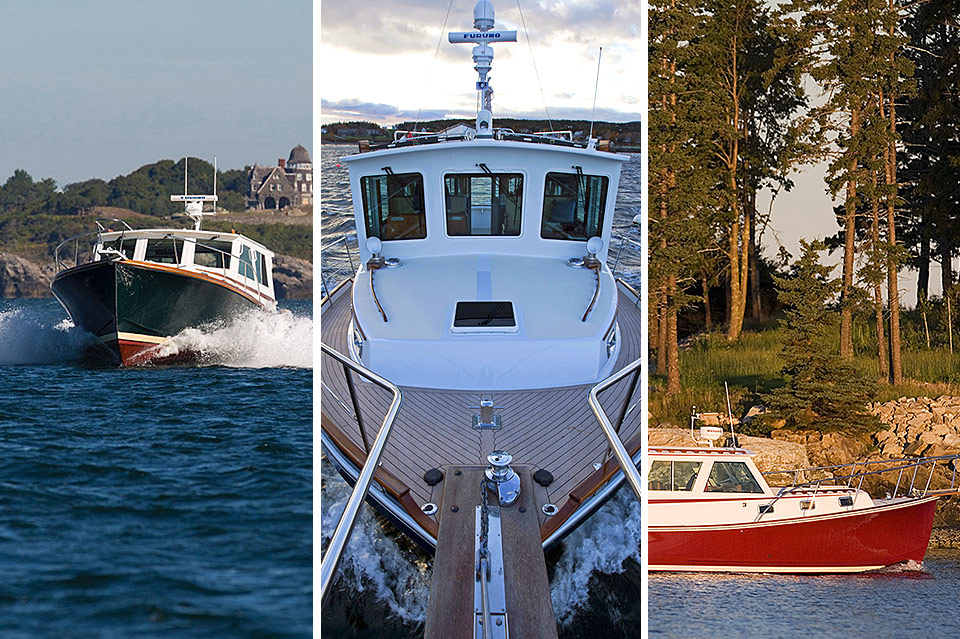 What is a Downeast Style Boat?

Does this style boat pound in a head sea?
If downeast style, semi-displacement hulls are famous, then this trait is the major reason. With their narrow entry, which eases back to a soft chine, the downeast hulls do not pound and are well noted for their comfort in a seaway.

How are the downeasters in a following sea?
A following sea is one of the most difficult sea conditions in which to handle a boat. For this very reason, downeast boats are built with long keels and large rudders which help the boat track well in a following sea. Also noteworthy are the soft chines, which allow the sea to pass under and outward easily.

Do they roll a lot?
Our sportfishermen boast they are able to fish the trough between waves. These boats are very stable.

Are trim tabs ever necessary?
Seldom. We sometimes put tabs on at the request of our customers, but have not found much advantage. These boats are made to run with the bow slightly elevated, which is part of the reason for the smooth ride in heavier seas. Sometimes with a heavier boat, we’ll install a 3/8″ – 5/8″ wedge at the transom to give the hull a bit of a lift.

I’ve heard they can be wet.
They do tend to be a bit wet. We try to take care of this with spray rails and they certainly help. However, when the wind gets over 15 knots and choppy water gets in the air on certain courses, especially quartering, water is going to hit your windshield. This is one reason I like a flybridge.

What speeds can I expect?
One attribute of a downeast hull is the comfort level one gets throughout the wide speed range. Depending on size, horsepower, and how the boat is set up, speeds around 30 knots are achievable. Top speeds are generally in the mid-20s with cruising speeds between 15 and 20 knots.

I’m an ex-sailor—I don’t care about speed.
Then this is the perfect boat. There is great economy at 8-12 knots (3-5 gallons/hour). However, for resale and your own sake, power the boat to cruise at least 15 knots. I’ve heard this statement many times. The world of power boating opens new horizons, expanding your cruising range threefold for any finite period of time compared to your sailboat. Southwest Harbor to Cape Cod Canal is approximately a day’s run, 11 hours at 15 knots. One of our 34’s left Greenwich, Connecticut on a Friday and was in Jacksonville, Florida on Sunday evening—going all night only once.

As an ex-sailor, I don’t think I’d like a flybridge.
Most sailors going to power say this. A flying bridge is really a wonderful place from which to run a boat. It’s quiet, has great visibility and you are outside. These are several reasons why sailors enjoy sailing.

I’m nervous about a single engine.
With today’s well-built, dependable diesel engines, a boater should have few fears of having a single vs. twin engines. Consider the number of single engine airplanes or the fact that virtually 99% of commercial fishing boats are single engine. Very often, the reason an engine won’t run is fuel related. If that’s the case, neither engine will run.

What about a bow thruster?
Bow thrusters are great. They relieve a lot of worry and tension when docking, particularly with cross winds and current. Chances are, in the overall price of a boat, the cost of a bow thruster is minimal.

In rough weather what speeds can I run a downeast hull?
You’ll be surprised to find that downeast hulls will easily do 15 knots through some very nasty sea conditions.

What does built down or skeg built mean?
Maine or downeast style semi-displacement boats have pronounced keels. A built down style keel, usually found southwest of Ellsworth, Maine are those where the hull esses or curves into the keel. The skeg models are those where the hull goes flat into the keel. Skeg boats are often faster as there is less holding the hull back with the very flat run aft. Built downs are often better heavy weather boats and can generally carry more weight. It’s also easier to get an engine under the floor, alleviating the need for an engine box.

Why should I consider a Wilbur Yacht?
We are dedicated to high quality construction consistent with the highest standards of safety. We have over thirty years of experience in building boats, enjoy working with our customers and we love to build beautiful boats. 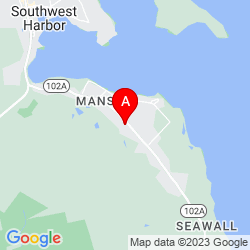